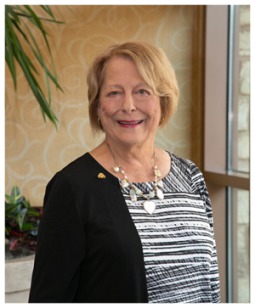 In 1985, Suzanne Herbst, RN, MA, working in home infusion, discovered that clinicians’ knowledge of vascular access devices and their use, varied widely among clinicians themselves, as well as within and among institutions. Important issue such as patient education, maintenance procedures, catheter-related complications, and their management were approached with discordant information. The unknowns, discrepancies and misunderstandings about these critical lifelines could have led to some serious problems. Vascular access devices (VADs) were inserted and maintained by healthcare professionals with little or no current knowledge about these devices.

In June of 1985, Herbst sent a letter to 12 colleagues in the San Francisco Bay Area…colleagues who she believed shared the same thoughts about the concerns with VADs. She proposed the development of a multidisciplinary VAD network to address the complexities of vascular access devices and their use. This included issues from research and development of VADs, to the health care profession, to the patient - including infusion of IV medications, solutions and patient monitoring.

Fifteen people from hospitals, home care, research and development, industry, nursing, pharmacy and patients came to the first brainstorming meeting. After considerable discussion it was unanimously agreed to develop a committee, the Bay Area Vascular Access Committee (BAVAC). Its primary goal was to “establish a collaborative effort through education standardization and research that would benefit patients and healthcare professionals who utilize various VADs.

Although tedious and time consuming, these efforts proved beneficial and membership grew to 65 members in just one year.

The name was changed from BAVAC to BAVAN and a new logo was launched in 1987. The original Board of Directors included Suzanne Herbst, President; Stella Petrakis, President-Elect; Donna Brandstrom, Secretary; Bunny Tigerman, Treasurer, with Dwayne Hardy and Malle Snide as Directors-at-Large. Over the next few years, membership neared 150, and in keeping with the original objectives, BAVAN began producing a newsletter, BAYVIEWS, and held its first annual conference.

By 1990, membership grew to more than 600 with a significant number of the members outside the San Francisco Bay area. Networks similar to BAVAN started in San Diego and Salt Lake City with other areas expressing interest. It was at this time, after much consideration, meditation, discussion and trepidation, that the process of developing a national organization was begun.

A name contest was held and the new identity became “National Association of Vascular Access Networks.” Over the past ten years, NAVAN has gone through many growing pains and phases. It has played a major role in raising awareness of the practice of infusion via VADs.

In November 2002, the Board of Directors implemented a strategic planning process to better reflect the organization’s international focus. That initiated another name change, approved by membership ballot in the Summer of 2003 - the Association for Vascular Access (AVA).

AVA will continue to grow and provide the focus necessary to promote excellence in the practice of vascular access.

In 2007, BAVAN was revived after a few years hiatus and is now an active local organization. At the helm of this timely revival was Ann Zonderman who served as president, and several others who supported her efforts. The group met quarterly and offered informative educational programs, at various locations around the Bay Area. BAVAN is a California Board of Registered Nursing Continuing Education provider and continues to offer continuing education credits for many future programs.

Today BAVAN is fully energized and aims to strengthen and expand the membership, collaborate with other local AVA networks and continue to provide quality programs for its members.